This succotash isn’t really a succotash because technically, succotash should contain lima beans.  I never called this recipe succotash until two summers ago when our cajun friend Tracy, whose from Southern Louisiana, was visiting the Dusty Dog, and I was preparing this dish for dinner.  She said, “What’re you makin’ Boo?”

I had never really considered succotash other than in relation to the Warner Brother’s character Sylvester and his catch phrase “Sufferin’ succotash”, but Tracy seemed to know the ways of succotash more than me so now when I plan on making this dish I say something like, “I’m gonna make my succotash thing.”

I put the word “thing” on the end because somehow it still doesn’t seem right to call it full on succotash with the missing lima beans and all.  I like the word succotash though – it’s like a song.  Or the makings of a good poem – maybe?  And, I’m happy I make a dish called succotash.

I wish I’d come up with this recipe on my own, but it’s a favorite from a treasured cookbook of mine called Pot Pies:  Comfort Food Under Cover by Diane Phillips.  I love every single recipe I’ve ever made in this cookbook.  They are all wonderful and worthy, but this recipe, which she calls Corn, Zucchini, and Tomato Pie, is one I turn to almost every week during the summer.  Since I make it so often I have adapted it just a bit.  This summer succotash is another great way to use all those zucchini and the other summer heavy hitters – tomatoes and corn. 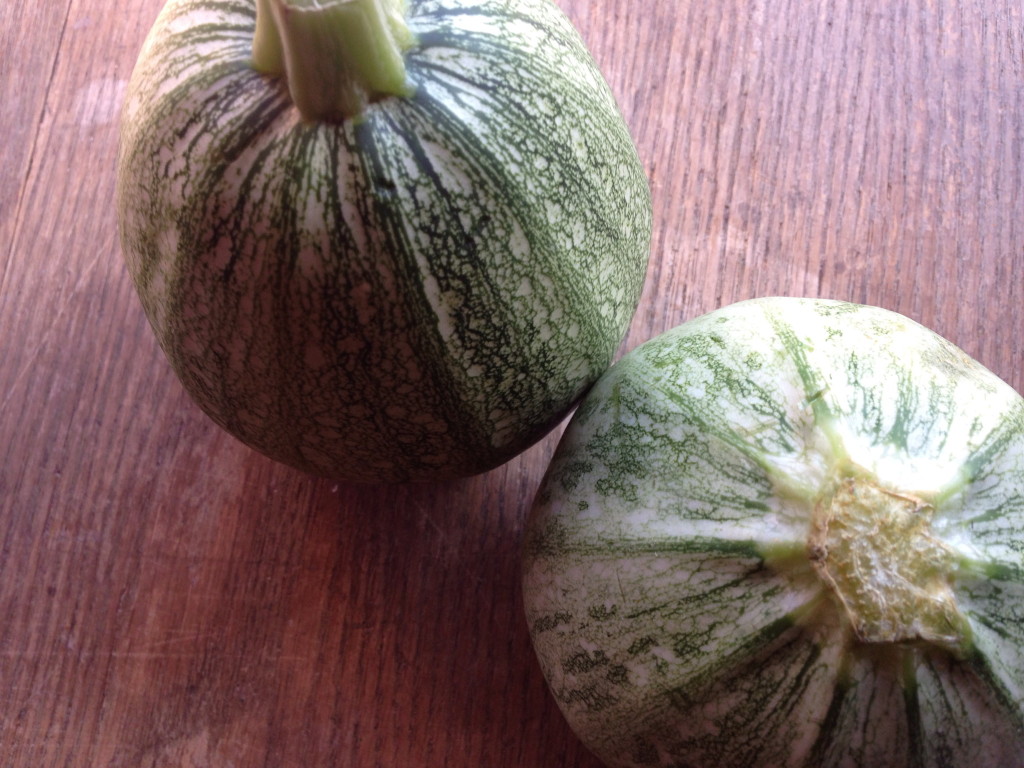 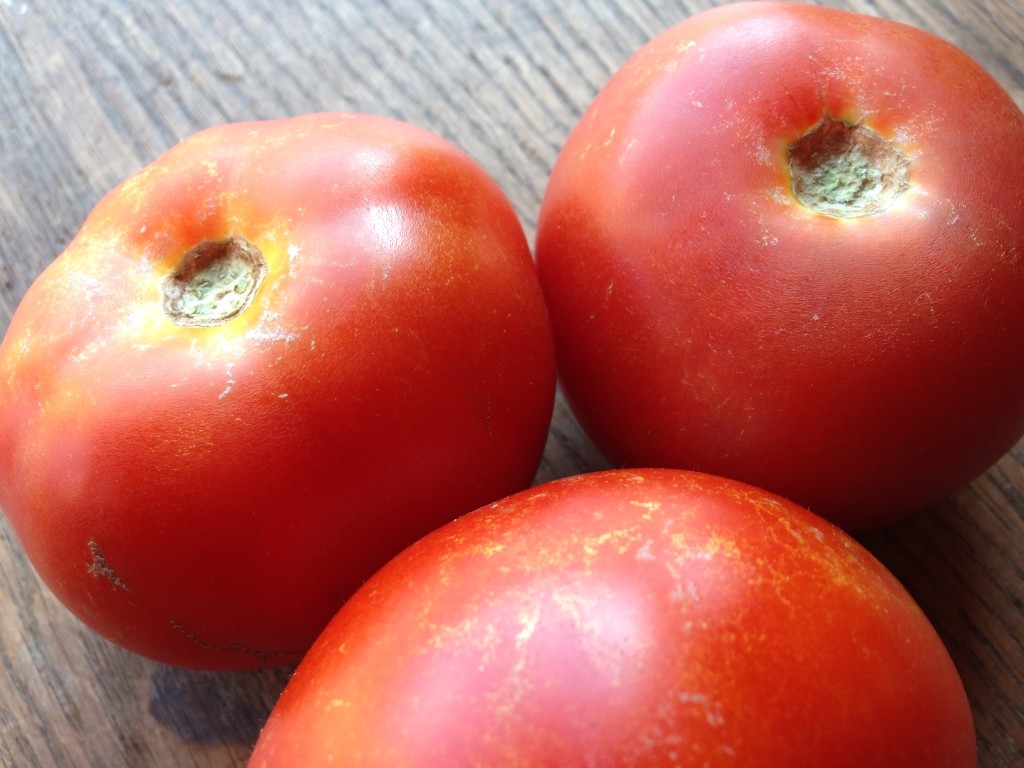 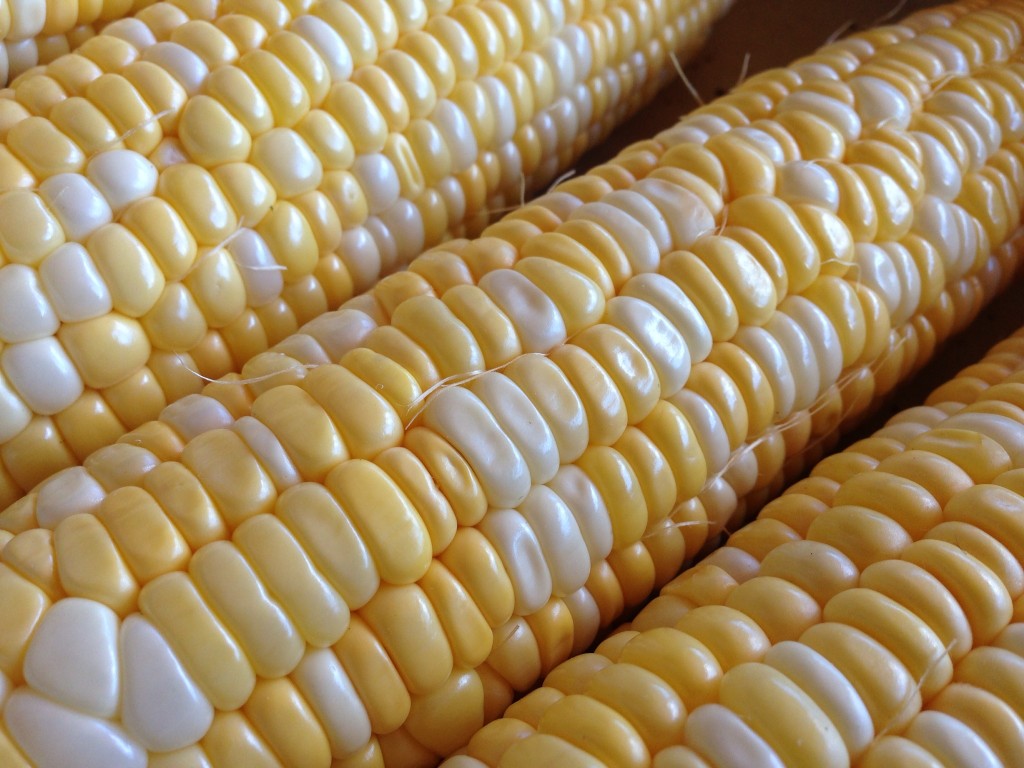 It’s a great dish to take along to a dinner party or to make on a weeknight to go along with fish on the grill.  It tastes wonderful, it feeds a lot of people or a couple depending on how much you make, and it looks like you’ve spent hours whipping it up with it’s beautiful pie-like presentation.  There’s no sufferin’ with this succotash, so go ahead and haul in the zucchini and tomatoes from your garden, and stop by your local roadside stand where the area farmer’s are selling their corn, then put it all together into this delicious mix of summer flavors. 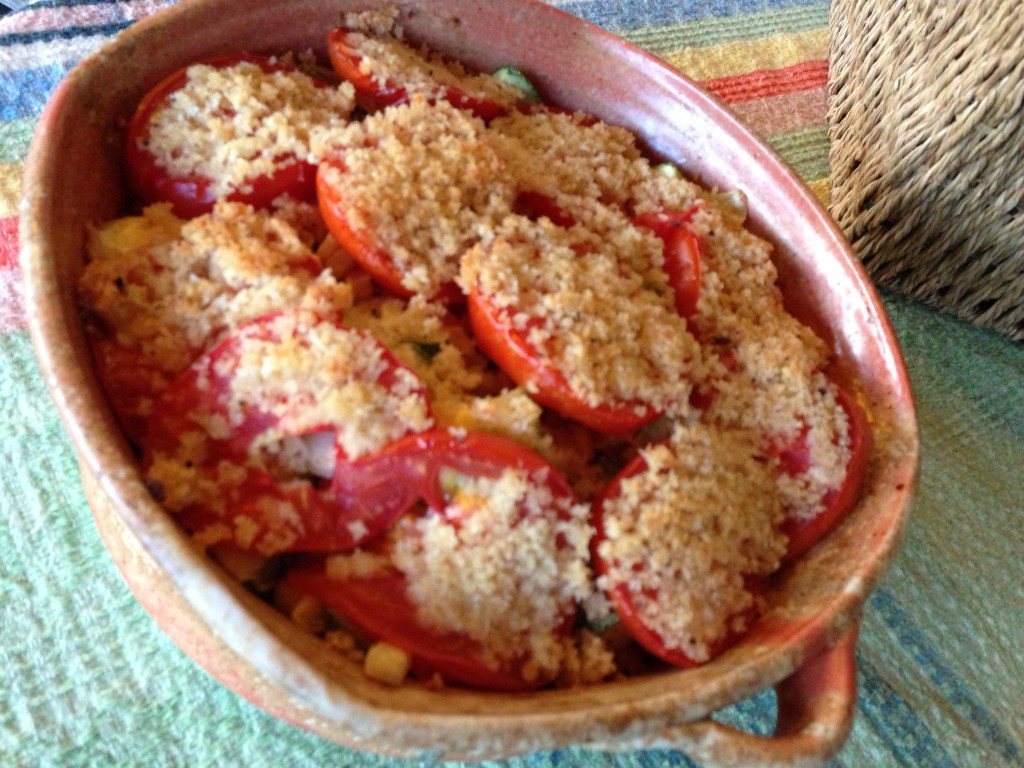 4 ears of fresh corn shaved off the cob 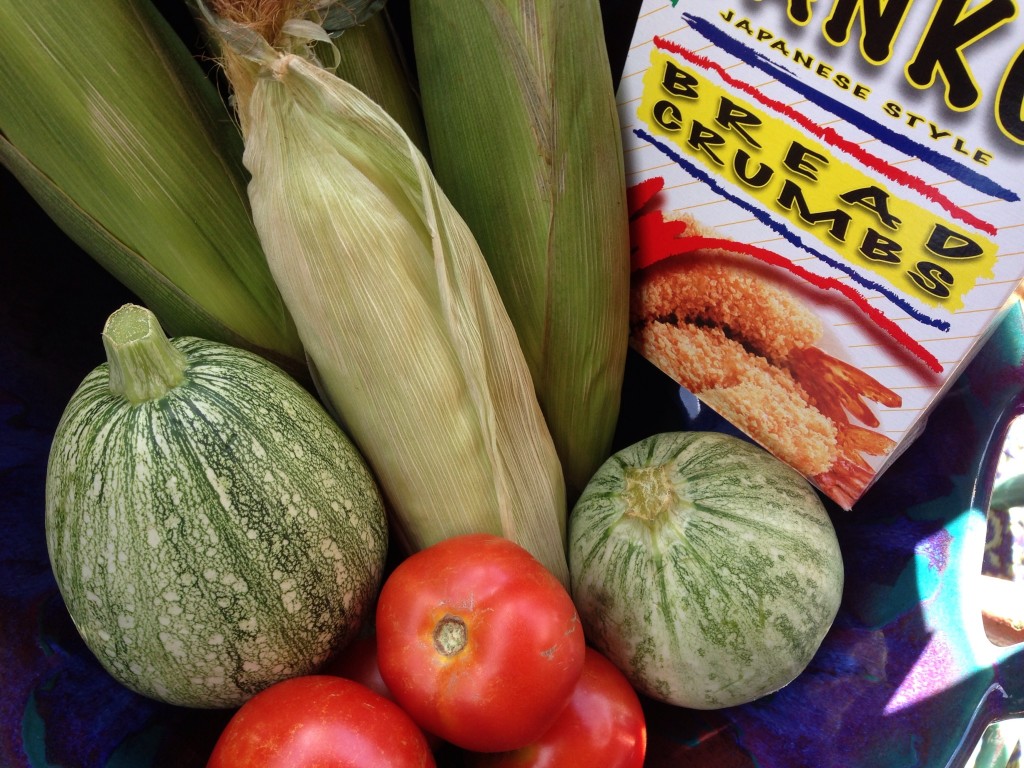 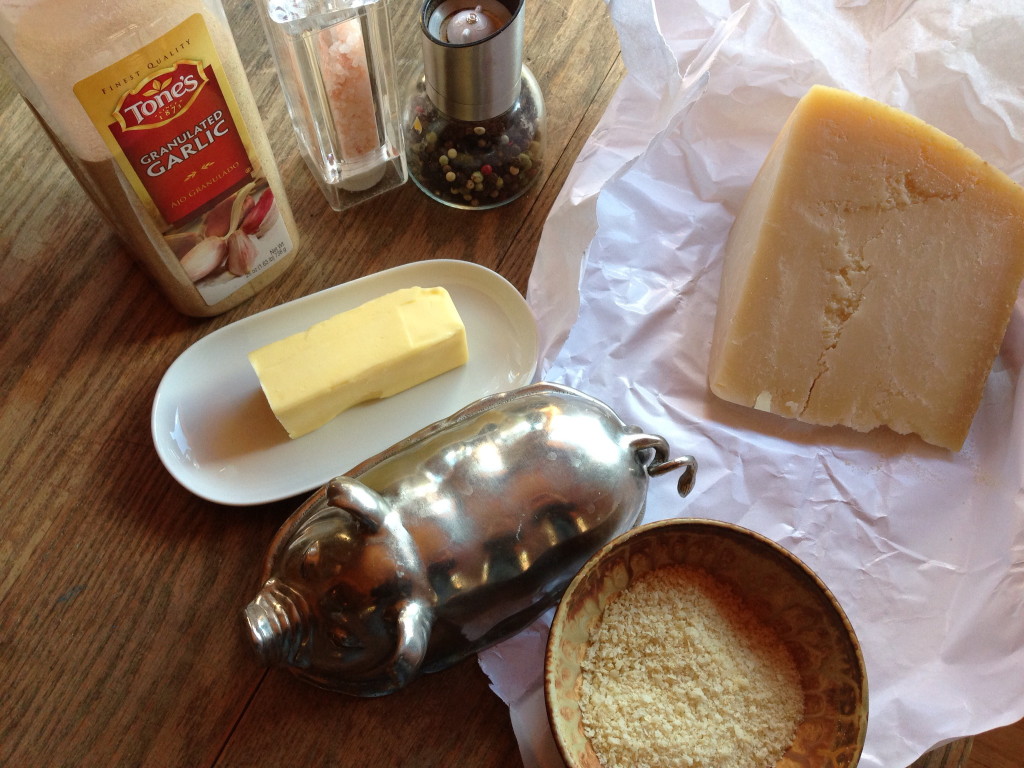 Preheat the oven to 350°.  In a casserole dish, mix together the chunks of zucchini, shaved corn, olive oil, garlic powder, salt and pepper. 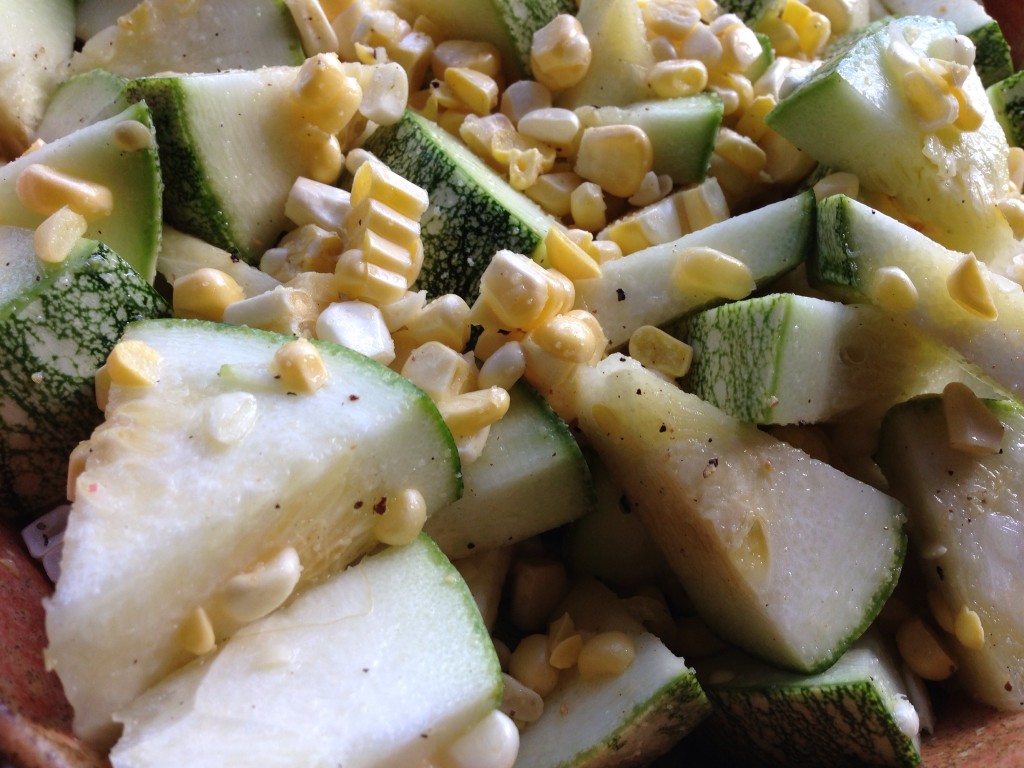 Place the tomato slices on top of the zucchini mixture.

Melt the butter, and mix it into the breadcrumbs, parmesan, garlic powder, salt, and pepper.  Make sure it is all incorporated, then sprinkle it on top of the tomatoes. 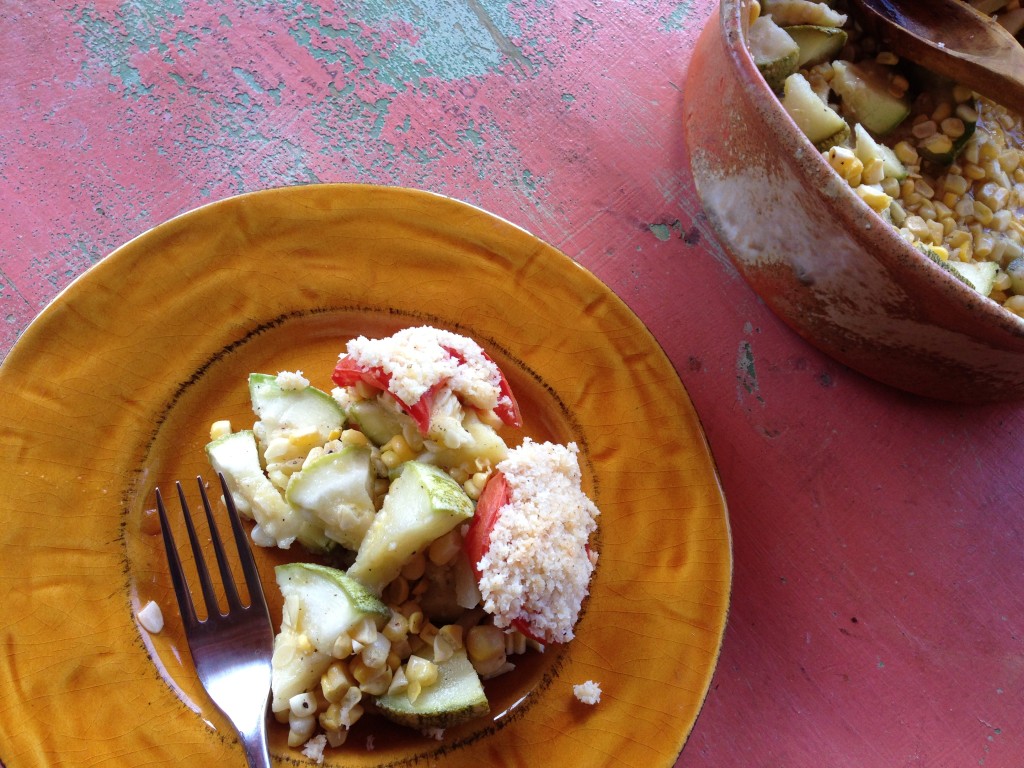 Please Note:  You can assemble the succotash ahead of time, cover with foil and place it in the refrigerator for baking later.