Not My Mother’s Potato Pancakes 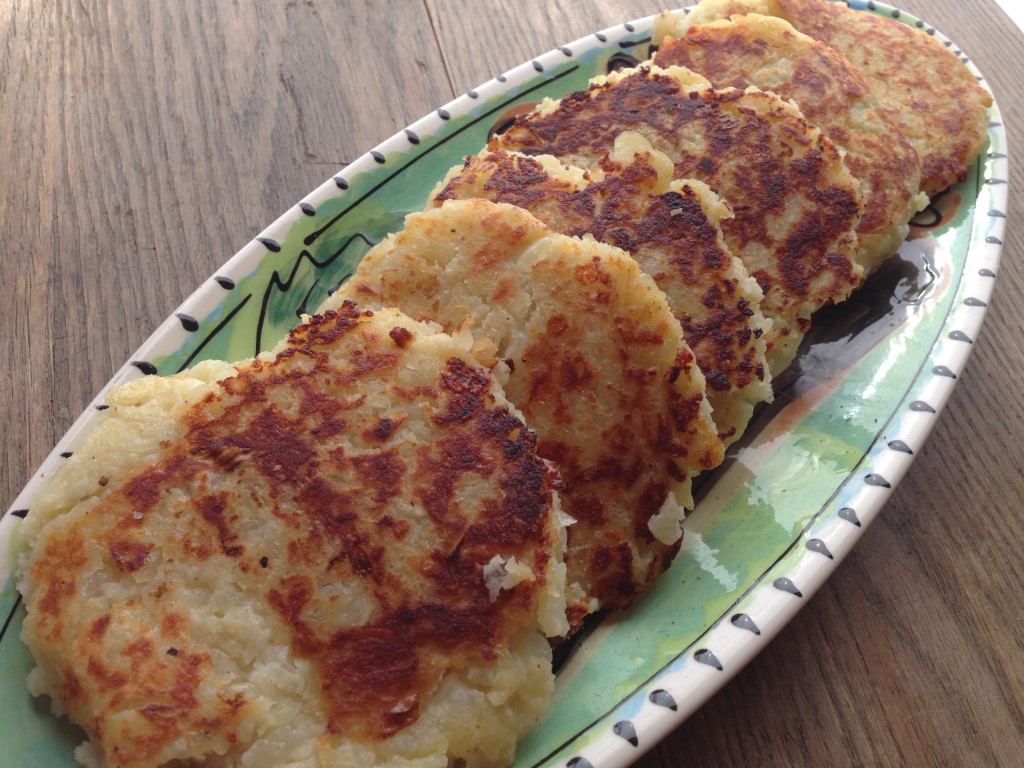 My mother was a horrible cook, and on top of that, she hated cooking.  She made the blandest, most colorless meatloaf you can imagine, and it was usually accompanied by mashed potatoes and canned lima beans.  To this day, I hate lima beans and definitely don’t eat any vegetables from a can.

The day after having mashed potatoes though, my mother would create a tiny miracle with the leftovers.  She’d mix an egg and a little flour into the cold mashed potatoes then roll them into small balls and pop them into the frying pan with a little bit of oil.  Smashing them gently with a spatula, she’d fry them to a golden brown.  The end results were crispy round cakes with a soft middle of mashed potato. They were one of my favorite things my mother made.

I’ve never made my mother’s version of potato pancakes, (mostly because I never make mashed potatoes) but we’re still snowed in at our cabin, and I am working on using up all the baked potatoes left over from that dinner party the other night.  Thinking about left over potatoes led me to thinking about my mother’s fried potato concoction, and reminded me of a recipe I saw in Spirit Magazine last spring while flying to New Orleans.  The recipe was for Frico Caldo, a hearty cheese crisp found in northeastern Italy recreated by Chef Lachlan Mackinnon-Patterson of Boulder Colorado. In Chef Mackinnon-Patterson’s version he incorporates potatoes and onions.  I didn’t have the ingredients to create his interpretation of Frico Caldo, but I did have enough to pull together my own crunchy and slightly nutty version of something that spanned the gap between my mother’s potato pancakes and this Italian treasure. 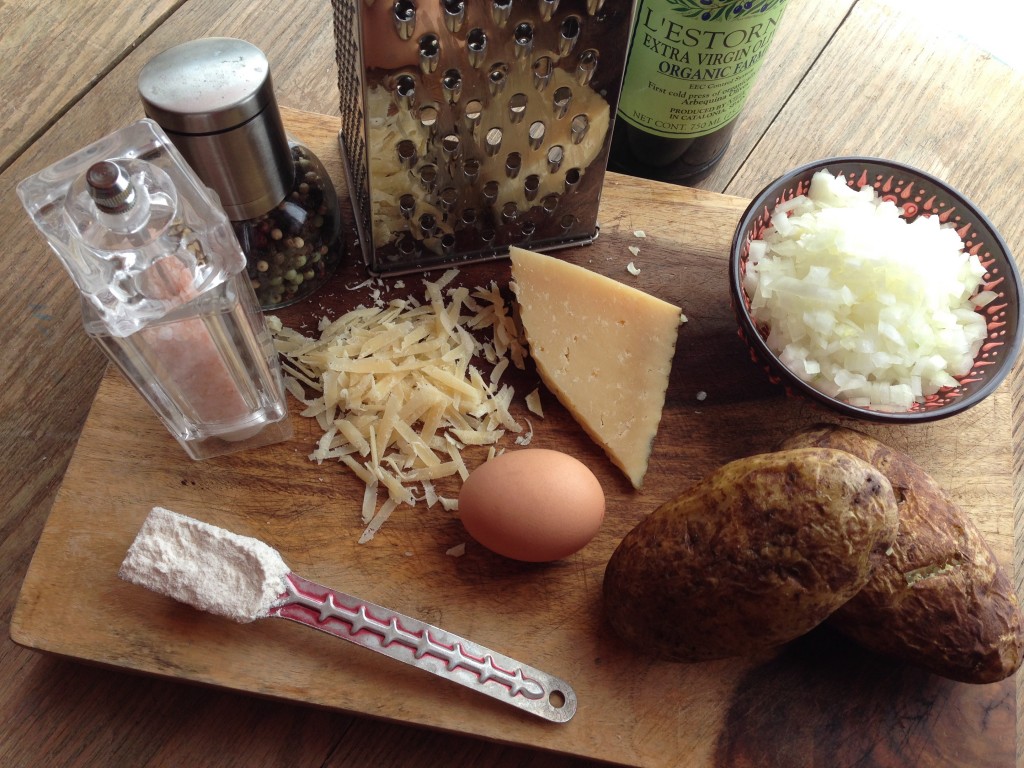 Saute chopped onions in a frying pan with 1 tablespoon of olive oil.  Saute until translucent — about ten minutes.  Set aside to cool.

Remove the skin from the potato with a peering knife and discard the skins. 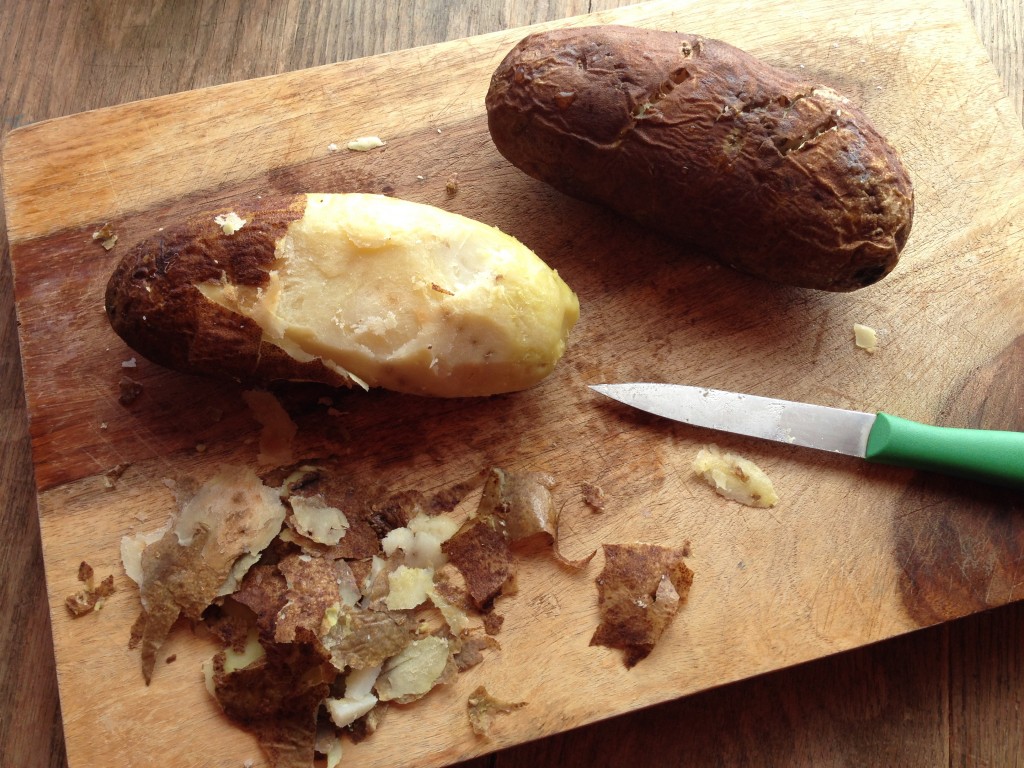 Cut the potato into quarters and mash with a fork or a potato masher.

Whisk the egg and add all ingredients to the mashed potato, using your hands to incorporate completely.  Heat two tablespoons of olive oil in a frying pan.  Form six patties with the potato mixture and place them into the heated oil. 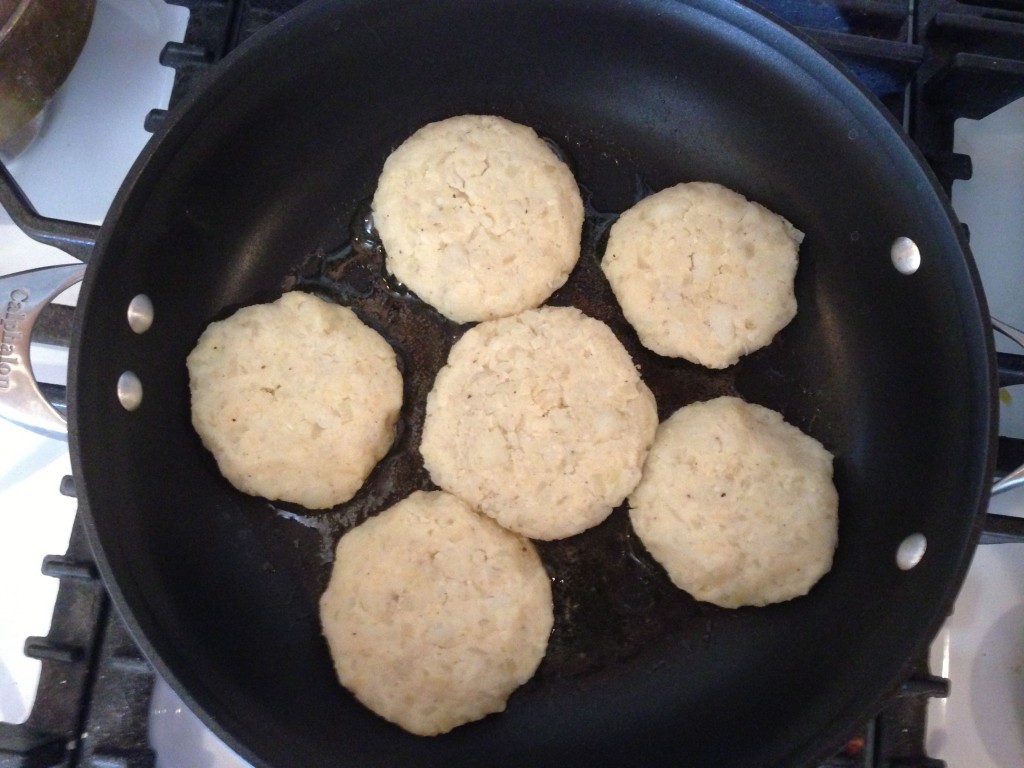 Fry the pancakes on medium heat for about 8 minutes on each side, until they are golden brown. 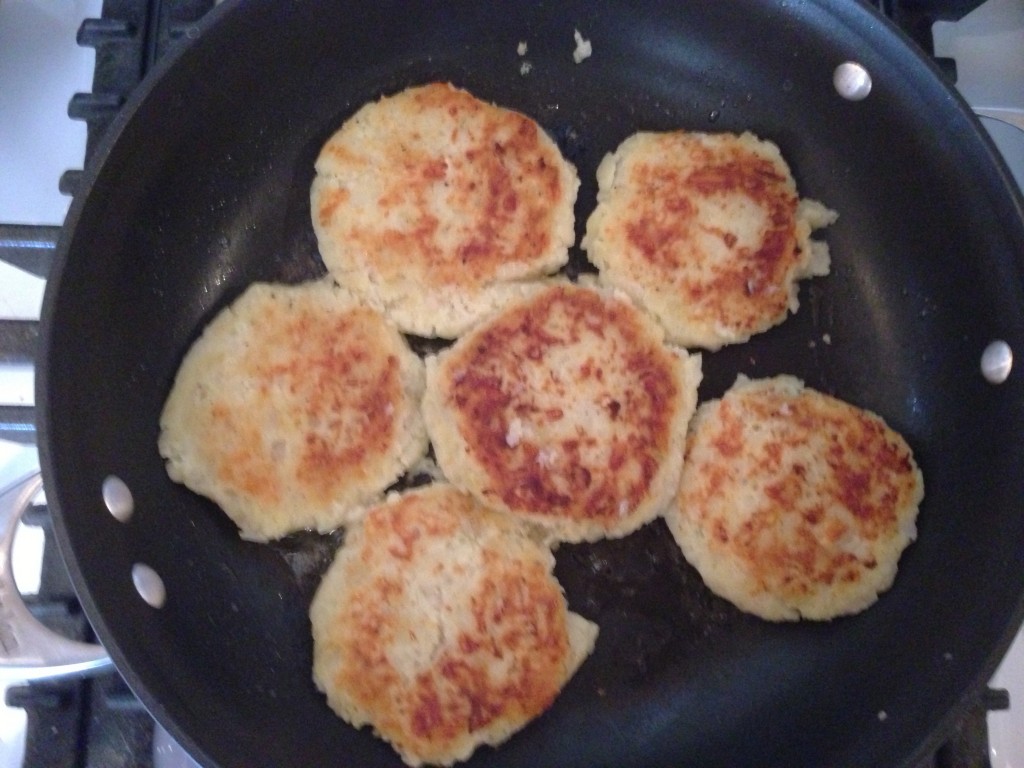 Serve immediately as an accompaniment to fish or even to your eggs at breakfast. 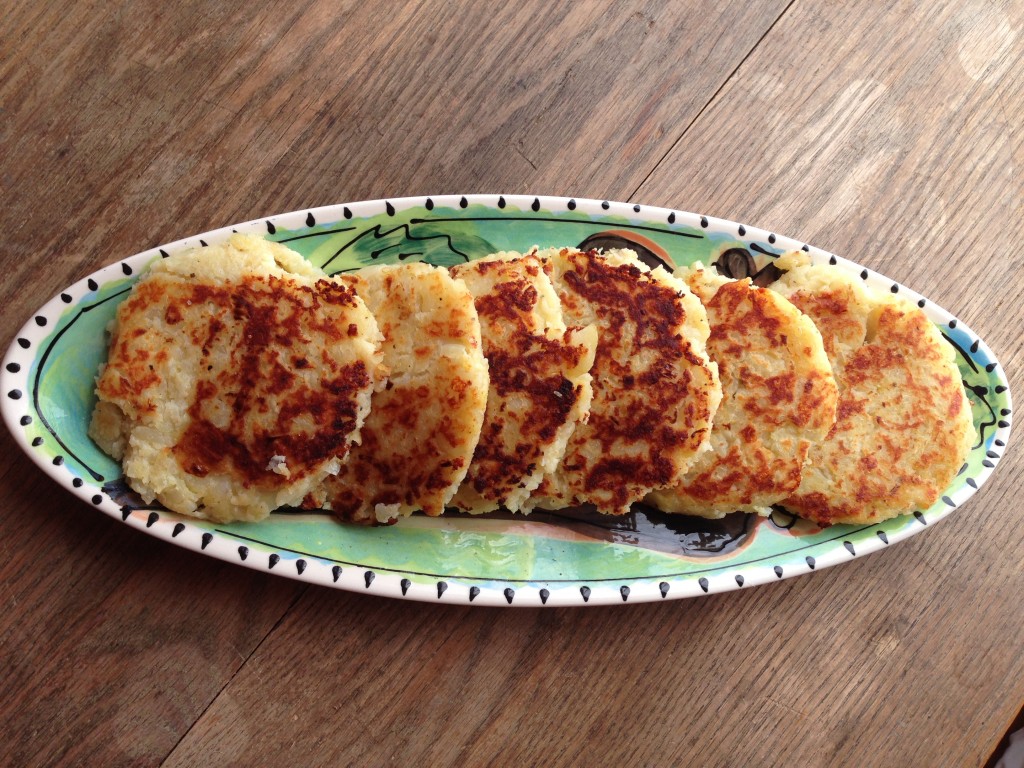 I'm a homegrown cook sharing recipes and other great stuff about food from all over the world.
View all posts by Lisa Orwig →
This entry was posted in Recipes, Sides, Uncategorized and tagged Comfort Food, Left Overs, Potatoes, Vegetarian. Bookmark the permalink.

One Response to Not My Mother’s Potato Pancakes